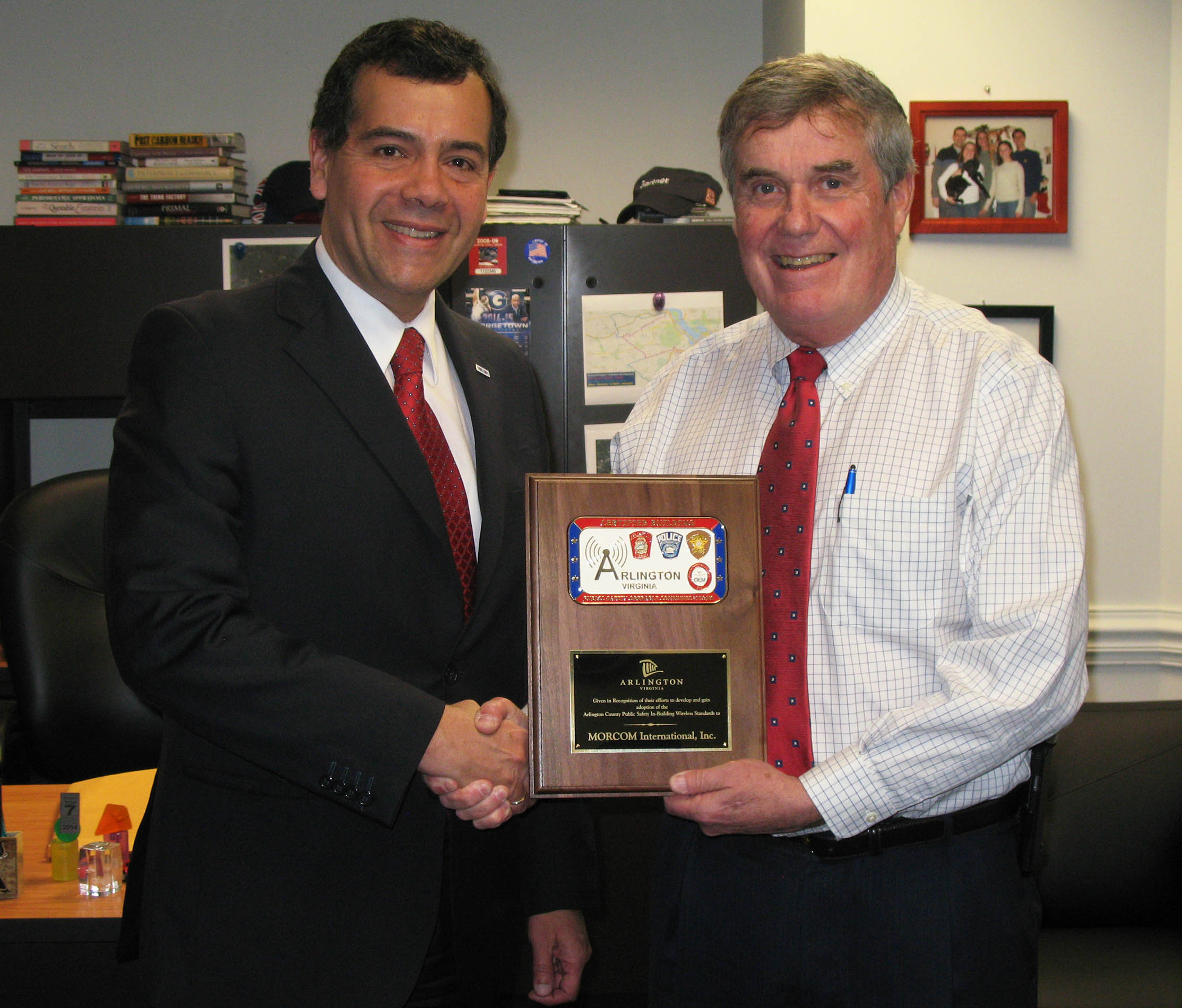 Morcom International, Inc. has assisted Arlington County in defining the standards that the county could use to ensure that new buildings comply with the    RF coverage for ‎Public Safety and ‪‎First Responders inside the new buildings that are quickly populating the busy streets of the county. In the past    Arlington used to specify the traditional "RF Booster" solution in order for buildings to comply with the Fire and Occupancy Code of the county. This    solution consisted on a simple bi-directional repeater/amplifier which would take the RF public safety signal that exists outdoors and rebroadcasts    it indoors using a network of small indoor antennas. This was an acceptable solution up until a few years ago but the architectural sophistication    of today’s buildings coupled with the need for building owners and management companies to provide their tenants with high quality indoor coverage    for mobile wireless devices (smart-phones, tablets, etc.) has resulted in the convergence of the need to be able to propagate both the public safety    signal and the wireless carriers’ signals inside buildings. Thus the Distributed Antenna System (DAS) has become the most viable alternative to achieve    this convergence. The Neutral-Host DAS capable of carrying both the Public Safety and the Cellular signals inside a venue can solve this dilemma.

Morcom engineers worked hand-in-hand with officials from the various government branches of Arlington County (fire officials, police, IT specialists, attorneys,    etc.) to assist them in drafting a new code that would contemplate the minimum requirements that new building owners would have to comply with in order    to bring their buildings up to speed in this 21st century environment. The result was one of the most advanced codes that exists in the    country. Starting in 2013 all new construction buildings as well as schools, government buildings, and other public venues have to comply with the    new technical specifications. In addition, the company has the capability of centrally monitoring the status of all Public Safety DAS installed in    the county.

Until a few years ago, TDM networks were the default choice for Air Traffic Management (ATM) voice communications, and for ATM data serial connectivity was used.