Dissemination of Weather Satellite Products and Data in 2018

Dissemination of Weather Satellite Products and Data in 2018 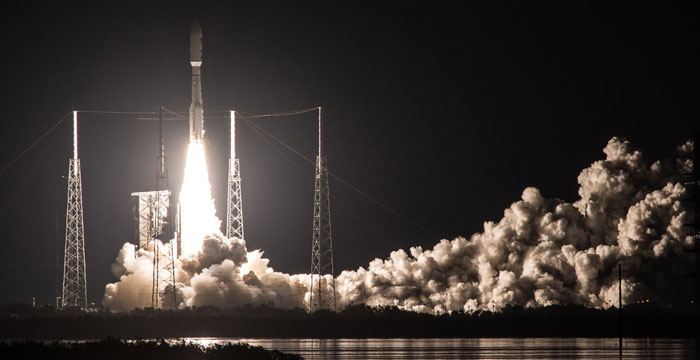 The last 12 months have brought radical changes to the field of weather satellite image reception and processing. Starting with the launch of GOES-R on    November 19th, 2016 atop an Atlas V rocket, NOAA started what is to be one of its most groundbreaking eras. The current families of both geostationary    and polar-orbiting satellites that NOAA is putting into service now will represent a huge leap-forward in the field of weather forecasting.

GOES-R which has since been officially named GOES-16 and become the new GOES-East geostationary satellite and contains so many technological innovations    that it would take many pages to properly describe. Thanks to the use of a dual signal (two circularly polarized streams) the data rate of the new    GOES (31 MBps) is roughly 14 times faster than the older generation GOES. Images have a resolution of 0.5 Km in the visual spectrum and 1 Km in the    infra-red spectrum. The new GOES uses GOES Rebroadcast (GRB) as the primary relay of full resolution, calibrated, near-real-time direct broadcast of    Level 1b data from each instrument and Level 2 data from the Geostationary Lightning Mapper (GLM). GRB is the service that has replaced GOES VARiable    (GVAR) service from the previous generation GOES. GRB contains data from the Advanced Baseline Imager (ABI) which is the primary instrument on the    GOES-R Series for imaging Earth’s weather, oceans and environment. ABI views the Earth with 16 different spectral bands (compared to five on the previous    generation of GOES), including two visible channels, four near-infrared channels, and ten infrared channels.
‍

Better instruments result in better services such as:

But geostationary satellites are not the only ones getting an upgrade. NOAA and NASA cooperated in development of a new series of advanced polar orbiting    satellites. The Joint Polar Satellite System (JPSS) is the new family of polar orbiting satellites. JPSS has two primary meteorological instruments    installed which are VIIRS (Visible Infrared Imager Radiometer Suite) and ATMS (Advanced Technology Microwave Sounder).  ‍

These instruments will be able to provide the user with images and information such as:

JPSS will transmit its data in the X-Band at 7,812 MHz through its HRD downlink. NOAA just launched its first new polar bird (JPSS-1) on a United Launch    Alliance Delta II rocket from Vandenberg Air Force Base, California, on November 18th, 2017. The new satellite has since been renamed NOAA-20. Another    three satellites of the same type will be launched over the coming years.

But how do these developments affect the end-user? How will meteorological departments around the world adapt to these changes?

For starters, legacy ground receiving system will need to be replaced. Very few of the existing old GVAR or HRPT systems can be upgraded.    Differences in the data-rate, polarization, and data stream structure mean that existing geostationary satellite receiving systems will need to be    replaced in order to receive GRB transmissions. In the case of HRPT, the new JPSS transmits in the X-Band, so your old system will have to be replaced.

Morcom offers several cost-effective alternatives to users that want to be able to receive and use the wealth of data available in the new transmissions.    Our new GRB and JPSS receiving systems are described in the appropriate section of this website.    In addition, we offer an alternative very affordable solution with our new Geonetcast Americas receiving system. Geonetcast is a low-cost information    dissemination service which aims to provide global information as a basis for sound decision-making in a number of critical areas, including biodiversity    and ecosystem sustainability; disaster resilience; energy and mineral resources management; food security and sustainable agriculture; infrastructure    and transportation management; public health surveillance; sustainable urban development and water resources management. Call us for more information    (1-800-683-4101) or send us an E-Mail to info@morcom.com .

Much has been said and heard about the rise of Private LTE Networks and how they will make our lives easier. But, thus far,